If you’ve played Dota, then you’d know an item called Poor Man’s Shield. Without getting too much into the meta and expose my laughable understanding of the game, the item is mostly about cost efficient way to deal with relatively tough situations in the early game, without the late game resources to go for a more luxurious option right away (except when you can stomp in early game against noobs like me).

In web development, there can be tough situations as well. One situation I encountered recently was to load potentially thousands of items each with multiple charts on a single page, in a nutshell: 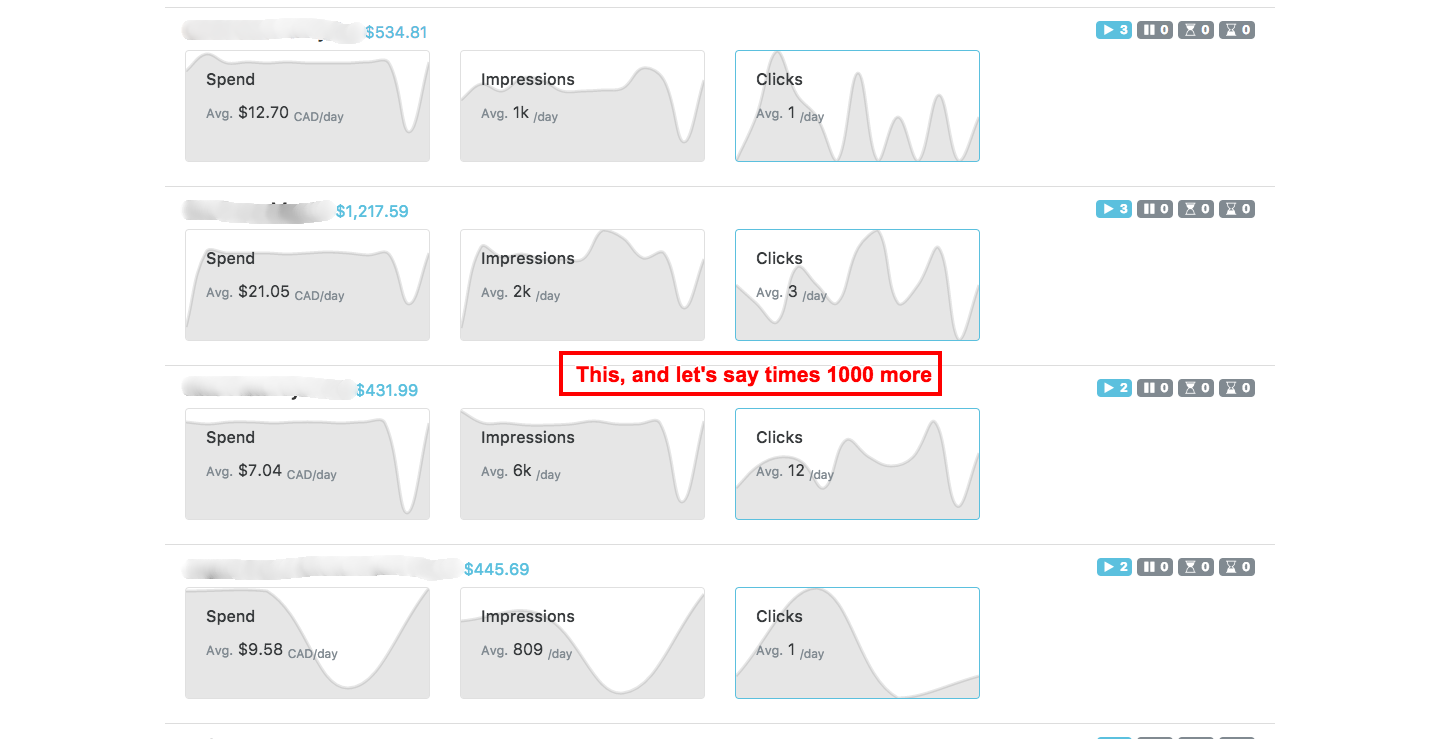 In this post, I’m going to walk through my steps of developing the poor man’s approach to handle the tough situation. For examples below, we are going to utilize Vue.js v2 as the data binding layer, and Chart.js v2 for chart.

Starting with the most naive approach:

This works. However it becomes royally painful to load when you have so many items as the situation I described earlier. In fact, just a mere hundred of such items on a single page already causes unpleasant amount of time to render while showing a blank page, and blocking all user interactions except inviting end users to force close the browser/tab due to frustration (and probably never getting them back). Such horror is not tolerable on today’s internet.

One way we can make this better is to explicitly instruct the component to asynchronously initialize the chart through the use of setTimeout:

This approach effectively causes Vue to render the charts in the “next” update cycle. It makes the UI a bit less painful to use as there can be some “primer” contents rendered, which usually exhibit as a part of the parent elements that hold the chart component. However, this is not good enough, as the deferred update cycle would still block the whole UI. This is especially bad when the page offers many items in a list fashion that the users would want to either search with CTRL/CMD + F or scroll down for items that are out of the current view. Besides, it’s very wasteful to render things that cannot even be seen yet.

This leads to a tried and proven technique many refer to as “lazy-loading”. With so many years of such technique being matured, and thanks to the ever so successful open source community, one can easily pick a robust library that does it well while being delightfully simple to use. The following is an approach with one such library called ScrollReveal:

It’s pretty amazing now, the component rendering get deferred until they are needed by the end users.

After handling the situations for the sake of end users, let’s make a final touch to give some options for the users of this component to have control over the render flow, for example:

There’s room for more sophistication. One can wrap the above into an easy-to-use custom directive or wrapper component, or even directly make it into Vue.js, making it more of an “end game” approach. With some twist, this approach can also be adapted into other choices of data binding layer and chart library.

But there’s always the option to employ the poor man’s approach – simple, effective, easy to understand and not too shabby to apply to any existing applications of any scale.